Electronic devices, such as computer screens and smartphones, have become more crucial since the outbreak of the Covid-19 pandemic. These devices have now become an essential part of businesses. According to Nielsen, people in the United States spend over eleven hours on digital devices, including smartphones.

Blue-light-blocking glasses have a unique design with a special filter to block or filter out blue light emitting from digital screens. According to Mayo Clinic, because screen times have increased in recent years, the use of these glasses has increased, protecting eyes from blue light emissions.

The findings of a systematic review study validate that blue-light blocking glasses can reduce eye fatigue, improve sleep, and protect eyes from damage. However, there is a need for more research to confirm the evidence in larger populations. Let us now discuss some real case studies on the efficacy of blue-light glasses.

The first case study is about HexArmor’s CBR65. The study highlights that employees working in a shipping warehouse suffered from eye strain, fatigue, and headaches due to prolonged exposure to blue light emitted from overhead lights.

HexArmor conducted trials on employees by allowing them to wear their blue-light-blocking glasses with a unique technology known as CBR65. According to HexArmor, the CBR65 technology can block 50% of blue light emissions.

The product has a 65% lens tint that can protect blue light emitting from overhead lights. The findings of the trial were excellent and allowed employees at the shipping warehouse to reduce their eye strain symptoms.

One employee stated that the HexArmor’s blue-light-blocking glasses allowed him to fall asleep faster at night. The employee also said that the glasses were comfortable and had significantly reduced headaches and fatigue.

The case study is about Dhruvin Patel, who graduated in optometry in 2015. Patel performed part-time duties at Vision Express. The organization was working on developing blue-light blocking lenses and glasses to reduce blue light exposure.

Patel participated in the CitySpark competition in 2013 and competed against 30 entrepreneurs. Patel wanted to design and develop a plastic film that could block or absorb blue light emitting from smartphones.

So, Patel presented his idea before the CitySpark Experts who admired the idea. As a result, Patel won the competition, and CitySpark awarded him a cash prize. Winning the CitySpark competition encouraged Patel to further work on his idea and turn it into a valuable product that can absorb or block blue light emissions.

Patel made substantial efforts to develop the prototype and joined the optometry department with City Academics. Patel used plastic material to design and manufacture filters initially and later performed experiments on glass, which were successful.

Moreover, Patel competed against ten entrepreneurs and businesses in the second stage of the competition. The Tech City declared three winners, and Patel was one of them. Winning for the second time encouraged Patel to further work on the product that would allow him to launch Ocushield in 2015.

Ocushield is a product that can reduce eye strain and promote sleep. Today, Ocushield is a successful blue-light-blocking glasses and featured by popular news magazines like the Guardian, Forbes, and Telegraph.

ThePowerMBA is one of the most popular companies that offer online business and marketing degrees. The company is based in Madrid, Spain, and operates online. According to the case study, 99% of ThePowerMBA employees use computers, laptops, smartphones, and other digital devices daily to streamline their company’s operations, increase productivity and generate higher returns on investments (ROIs).

The case study states that employees using digital devices at the ThePowerMBA emit blue light that could cause damage to their eyes. Blue light can cause eye strain, dry eyes, irritation, itchiness, and fatigue.

Blue light emitted from digital screens disrupted the company’s employees’ sleep cycles, cause eye strain and headaches, which significantly reduced their productivity. Barner, a blue light manufacturing company, took the challenge and provided each employee with its high-quality blue-light-blocking glasses.

The goal was to enhance ThePowerMBA’s employees’ workplace performance. So, Barner gave glasses to about 154 employees in the company. One month later, Barner surveyed the employees and found excellent results, which are:

These results are incredible when it comes to blocking blue light emissions using specialized glasses. Not only do blue-light-blocking glasses improved employees’ productivity, but they began to feel better, happier, and healthier.

The blue light of different wavelengths can pass through your eyes’ internal structure and reach the retinal cells. Damages to the retina can cause macular degeneration, a severe retinal disease characterized by a reduction in central vision, the field of vision distortion, poor adaptability to low lighting conditions, blurry vision, trouble reading text, etc.

The blue light emits from computer screens and smartphones and can disrupt your circadian rhythm by suppressing melatonin production in your brain. Imbalanced melatonin can cause fatigue, difficulty falling asleep at night, insomnia, stress, and depression by affecting dopamine, serotonin, and endorphin production in the brain.

Numerous research studies and case studies performed by independent research organizations and businesses have proven the efficacy of blue-light-blocking glasses. We have reviewed three case studies in this article, and the results of each case study conclude that blue-light protective glasses are beneficial for the eye’s health. 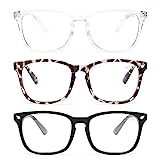 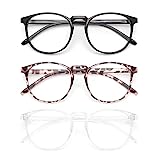 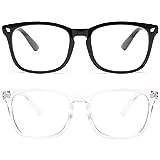 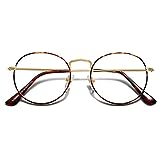 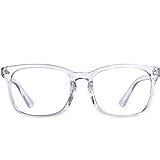